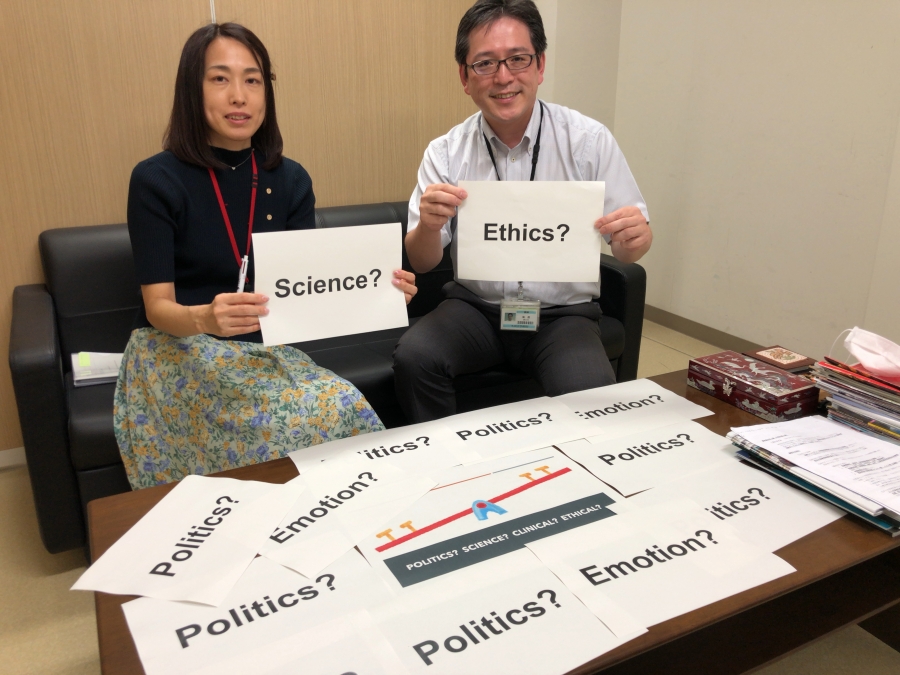 Work as a chair of in-house ethical committee

I see many of advanced treatment here in Kyushu University Hospital where I work which needs to be reviewed from the ethical viewpoint. We need to ensure balance of effectiveness and safety when physicians attempt to apply drugs, treatment or procedures which are not approved by the government in the regulatory system. I work as a chair of the ethical committee in my hospital which deals with wide variety of medical treatments. Application of non-approved drug, device, procedure are most common in our regular agenda, while in extreme and rare case we discussed a family problem in which guardians rejected risky treatment to their baby which was proposed by our medical team on full agreement with confidence. You may be familiar with ethically contentious case in which a patient refuses blood transfusion for religious reason even he/she may get into critical condition caused by massive bleeding during surgery. I hope you to understand that there are wide variety of cases with points to discuss in ethical committee. However, I have to admit at this time point that ethical review is still regarded by most doctors as one of the tiresome administrative process for providing advanced treatment even in university hospital. Concurrently, it is also true that the significance of ethics is growing in many respects in Japanese healthcare system.

Abrupt highlighting of a drug “in custody”

First case of Covid-19 in Japan was confirmed in January. I was not very much sure of how ethics relates to Covid-19. But, the days of lack of my deliberation on this issue did not last long because argument over administration of a drug previously approved not for Covid-19 but for seasonal flu swiftly emerged in the incumbent cabinet. AVIGAN® was originally developed for seasonal flu and approved by the government after clinical trial. However, it was not allowed for widespread use in clinical practices. We usually see drugs widely available in hospitals and clinics after it is approved by the government panel. Why? It is because the drug was neither successful in non-inferiority trial against Tamiflu®, a widely used drug for seasonal flu, nor successful in trial of the drug vs placebo arm. Nevertheless, it was virtually approved because we needed any possible drug to combat future emergence of SARS in Japan with strict premise that it is primarily in custody for future epidemic of drug-resistant flu and allowed to produce by the guidance of the Minister of Health. Just as you see, the drug was unique in a sense that it was approved but prohibited for regular use for seasonal flue in times other than epidemic. In addition, it is notable that the drug exhibited teratogenicity in animal experiment and other side effects in the human trials.

“Politics” and “Emotion” pushed a drug out of warehouse

All in this way, AVIGAN® has had no opportunity for prescription during years after SARS. Physicians including me accordingly have not been familiar with it in daily clinical practices. However, the time abruptly arrived in Covid-19 pandemic that AVIGAN® was greatly and even overly hailed as possible “game changer” in tackling with Covid-19 in times without any established drug. The Japanese government released AVIGAN® from the warehouse for “compassionate use” with strict rule that physician needed to register in designated clinical research groups funded and formed by the government for data collection. Another rule was that the administration of AVIGAN® needs internal ethical review which I had been in charge of in my hospital. The number of medical institutions for AVIGAN®, hence, was practically limited due to the lack of research capability and ethical committee. What I saw after the new distribution system for AVIGAN® was launched under the leadership of the government was response from our society which I would say was not logical but mostly emotional. In other words, “Science” stepped behind and “Politics” and “Emotion” moved forward to the frontline in the battle with Covid-19. TV, web-based media and others sensationally reported voices of an entertainment celebrity who got well from Covid-19 by taking AVIGAN® and a sad story of another celebrity who passed away due to Covid-19 with no opportunity of treatment with AVIGAN® to blame for limited use of the drug carrying their hope. 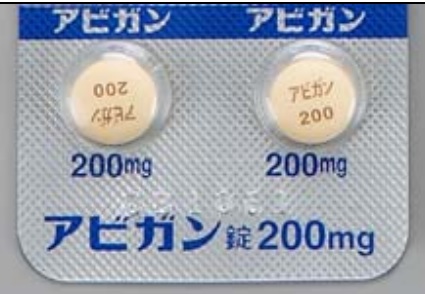 “Science” and “Ethics” in struggle”

I as a chair of ethical committee intensely worked on building an internal system which provide swift review of cases to be treated with AVIGAN® and actually reviewed multiple cases with Covid-19 during short period of time in April. I tried to ensure necessary discussion and confirmation on effectiveness, safety, consent, follow-up plan etc. on each case with viewpoints of science and ethics even in such a hasty and pressured period. Obviously, I had to make sure of patient to agree with teratogenicity of AVIGAN® which possibly affects pregnancy plan of the couples. I saw some patients with liver and/or kidney disfunction in lab data which needs careful follow up by physicians. Patient with gout i.e. manifestation by high level of serum uric acid, may worsen by taking AVIGAN® according to the product sheet, therefore, we carefully requested physician in charge that they talked about the side effect with the patient. On top of that, I had to share the fact with patients that AVIGAN® has yet to be approved as a drug for Covid-19, otherwise they might have believed that it was established drug for Covid-19. When it comes to the approval of AVIGAN®, clinical trial of the drug vs placebo group was planned and initiated in some research groups supported by government coinciding with the “compassionate use”, but it was proceeding slowly. Patient with Covid-19 rushed to the “compassionate use” rather than registered in the trial as they might be allotted to a placebo group. Just as I thought, it turned out that clinical trial i.e. scientific process prerequisite for drug approval was hard to operate in times without established drug and vaccination.

In the midst of dire stir, frustration over the limited use of AVIGAN® emerged not only in our society but in experts’ group. In extreme example, the mayor of the city where I live issued a request to the Minister of Health to expand availability of AVIGAN® by allowing physicians to omit ethical process. The document came not only with his name but with two names of physician. The similar move further followed that regional physician’s association proposed an improvised system to allow many more physicians to prescribe AVIGAN® by centralizing ethical process to be conducted in the headquarter office of the association. It was obvious that those moves regarded ethical process as hindrance for the widespread use of AVIGAN® and tried to skip or simplify the process by any means. I felt that ethics was getting defied and emotion was increasingly dominant even in the population of experts. Similarly, the Prime Minister of Japan vowed at press conference that the drug would be approved by the end of May, but media report then drew my attention that the viewpoint of trade and commerce was dominant in prime minister’s office rather than science. In contrast, what was encouraging to me was the statement publicized by the expert panel installed in improvised manner in the Japan Medical Association (JMA) that the approval process of a new drug should strictly follow scientific process even in pandemic era.

In response to the spike of Covid-19, Japan launched the state of emergency in early April that urged the nation for self-restrain. Although there were worrying comments from other countries which launched lockdown that the policy solely dependent on self-restrain without penalty might not work, but in late May, the time point close to the Prime Minister’s pledge on approval of AVIGAN®, we successfully observed dramatic plunge of the daily figure of the new patients. It seemed that our society passed through the period of confusion that lasted nearly two months and was heading back to normal life. At this point, it is notable that the drop of the toll leads to the less registration pf new patient in the clinical trial. Therefore, the trial is still underway after the day of promise passed far behind. The pandemic seems to wane in recent weeks in Japan, fortunately bringing us time for revisiting what happened in our society and how we responded over the last two months.

Seesaw game among “Politics”, “Science”, “Emotion” and “Ethics” will continue

In recent conversations with my friends living in other countries, I found that I shared similar observation with them. I am not going to mention to the episode of Hydroxychloroquine® here in this blog, but I assume the “Seesaw game in pandemic era” would continue to draw our attention in days ahead not only in my country but in many other countries and regions on a global scale.